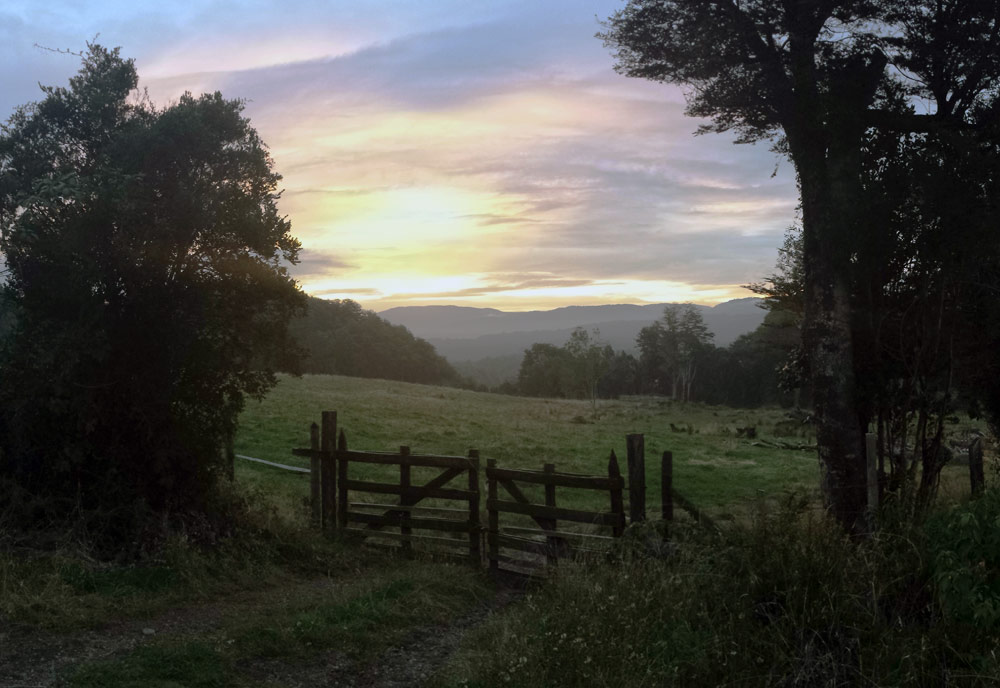 We had limited time to explore the Patagonia region in Chile and Argentina. We decided to hit the very tip of it in Chile by going to the Isla de Chiloé. Chiloé is part of the Chilean Lake District and is known for its wooden churches, great seafood, and beautiful landscapes.

You have to take the ferry to get to the island which is a great way to see all the sea animals indigenous to the area. You can do the trip by public transportation, but it is hard to get to very many places quickly. We only had 3 nights to explore the island, so we decided it was best to rent a car. The cheapest place in the area to rent a car is Puerto Montt. We were able to get a car for less than US$50 a day. That was a good deal for the area. The gas on the other hand was pretty expensive. It was around US$1.50 per liter (US$5.65 per gallon) which did limit our exploring a little bit, but not too much.

Chiloé is a big tourist destination and we were hitting it in the off season. There were a lot of establishments that were closed for the year. It had been fall the whole time we had been in Chile, but this was the first part of Chile where we really started to see the changing colors of the leaves. Everything in Santiago just went from green to dying leaves without color. It made the landscapes even more beautiful.

One of the first little beach towns we stopped at was Quemchi. We weren’t sure if it was because we started this trip on a Sunday or that it was fall, but nothing was open. It was still pretty to look at and just outside the town we found a hidden gem. It was a little island with a long bridge to walk to it. It was a mussel farm around the outskirts with a wooden church on the island in the middle. I was fascinated by the sheep just standing on the marshes. 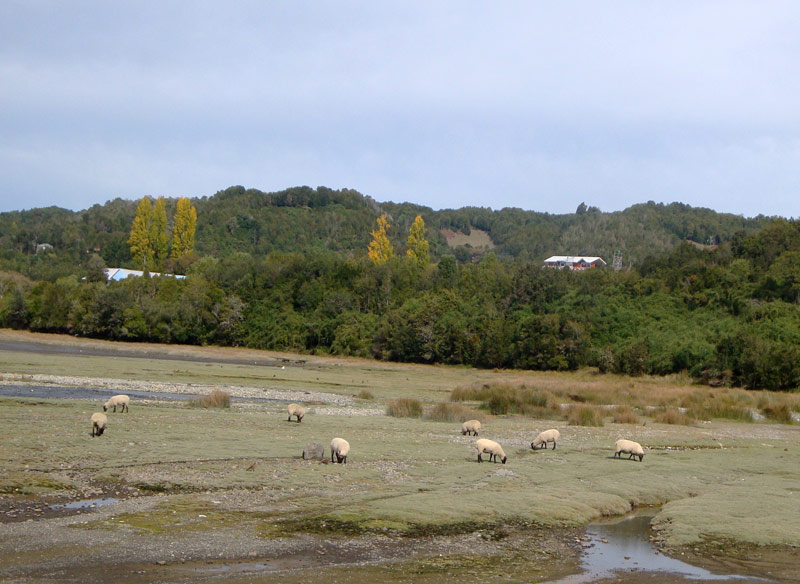 We stayed in the town of Castro the largest city and capital of the island. It was a great home base located in the middle of everything on the island. Another reason we stayed in Castro was because a majority of the businesses were actually open in the off season.

Castro is known for palafitos or houses on stilts. We stayed at Palafito Hostel where we could get the full experience by spending the night at a place built on stilts. You didn’t really notice it when you were downstairs, but when you were upstairs you could feel it move a bit. The place was warm and cozy. It reminded me of some of the inns at state parks in Indiana. The interior was made of wood. It had a fire place that was lit every night and a balcony outside where you could watch the tide come in and out.

It also had plenty of board games. One night Mark and I decided to test our Spanish skills by playing Spanish scrabble and drinking wine by the fire place. It was pretty challenging. There were tiles for  LL, CH, RR and Ñ. This was probably the longest match of Scrabble we have ever played and that was with the use of a translator app to make sure we were correct. I recommend it to anyone who knows some Spanish. It gives you practice and you will be surprised at how much you really know.

One of our afternoons was spent at the National park of Chiloé on the western coast. It is a mixture of temperate rain forests, swamps, peat bogs, mountain ranges and coastal waters that give it a very interesting mix in climate. The temperature is always around 50-60 degrees Fahrenheit. They had the park sectioned off in different areas, so you can see the different plant life growing within different climate regions of the park. It was really interesting to see how the temperature, moisture in the air and vegetation changed within the park sections.

We saw some cool birds, but never saw the Darwin Fox. It is an endangered species and about 90% of them live in this park. Unfortunately, a lot of them are being killed by dogs despite the efforts to keep dogs out of the park.

The Island of Chiloé is also known for whales and penguins, but we were out of season to go see either of these animals. We were able to spot some sea lions and dolphins on our ferry trip to the island.

Churches are a big draw to Chiloé. There is huge variety of colors, sizes and shapes of churches made entirely of native timber with wooden shingles. These materials were used to help the churches resist the damage from the island’s climate. There are many churches on the island and sixteen are considered UNESCO World Heritage Sites. Some of the churches were originally built without nails, but that has changed to help ensure the preservation of them.