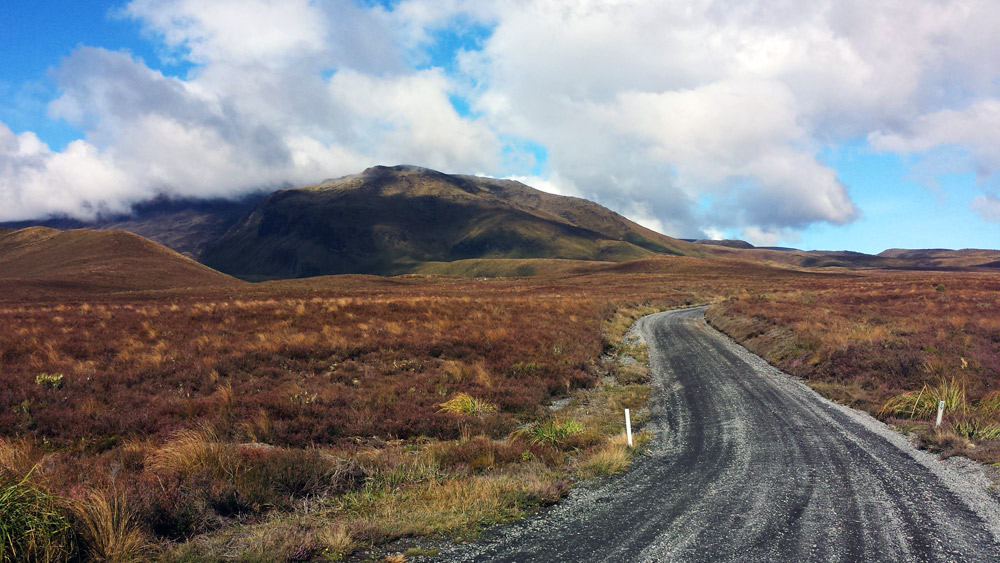 How much fun was it to drive in New Zealand? Fun enough to make me forget that I was stuck driving a Hyundai Getz. We’re on a budget, we didn’t have many options. But you know what? It didn’t really matter. Despite the fact that getting up some of the larger hills was a chore and that passing could be a bit dangerous because it had such little at speed acceleration, driving through New Zealand was a delight and easily one of the best driving experiences of my life. If you’ve ever driven two hours out of your way to utilize a winding back road “shortcut” then you might want to consider a trip to New Zealand.

New Zealand is roughly the same size as Colorado but with fewer people. Of the 4.5 million people who live there one third of them live in the Auckland metropolitan area. The North Island is smaller and has more people than the South Island, but driving for thirty minutes or more without encountering another vehicle seemed to be a regular occurrence in certain parts of the North Island. Yes, there are high traffic corridors. The main routes that connect Auckland with the capital Wellington can get a bit crowded, but there are so many alternatives that they can be avoided easily. Even holiday traffic wasn’t that bad. We drove on both Good Friday and Easter Monday and it was never THAT bad. We weren’t there during peak tourist season so I’m sure that helped substantially.

Part Maine, part Montana. Part Tennessee, part Wisconsin. Throw in some Scotland & Ireland and you have an idea of some of the landscapes you’ll encounter in New Zealand. Volcanoes give way to farmland, twisty mountain roads to coastal highways. You will emerge over a ridge to find yourself dumbfounded by the view that awaits you on the other side. It is an open world video game that you actually get to experience in the flesh.

When we picked up our car the guy at the rental car shop doing our inspection pointed out all of the nicks and dings in the hood. “Yeah, don’t worry about that. New Zealand roads. You’ll see.” Up the hill, down the hill, tight corners, fast corners, blind corners carved into a wall of rock, pea gravel, extra chunky gravel, rain, sun, wind, more rain, and then sun again. And that’s just before lunch. New Zealand has a nice network of two lane highways that cover the country. Divided highways are only found around large population centers. Most of the secondary roads are equally good. As you get off of those you will encounter gravel in various forms.

The standard speed limit for all rural highways in 100 kph (62.5 mph). If there is a turn that requires your attention, you’ll see several black and yellow arrow signs indicating its presence. If your speed needs to be adjusted, there will be a large sign indicating the suggested speed. There are some easy cruising roads but there are a lot more roads that require your attention and focus. If you are looking for a place where you can kick on the cruise control and relax, this is not it.

You know that sound you make when you crack your shin on the coffee table but don’t want to drop a string of profanities in front of those present? That sucking air through clinched teeth sound? The sound the female of the species uses to indicate to the male that she thinks he took that last corner too fast and that she would prefer not to end the day at the bottom of a ravine? You’ll hear that sound a lot from your companion in the passenger seat. A lot. Even when you are going at or below the speed limit.

In the US I love driving through small towns, but I hate their traffic lights. I don’t mind slowing down so Roscoe can’t catch me in a speed trap, but a complete stop? Especially when towns have multiple lights that are nowhere close to being synchronized.

In New Zealand, with a few rare exceptions, traffic lights are reserved for the cities. Small towns are ruled by roundabouts. And since most people know how to use them and more importantly know how to use their signals when using them, getting through small towns is easy.

There are probably 20 “Give Way” signs (That’s “Yield” for us Yankees) for every “Stop” sign in New Zealand. When a road joins a larger roadway, if there is a long enough sight distance, you will find a Give Way sign instead of a Stop sign. If no cross traffic is coming, you can just make the turn. It is possible to drive for hours without having to come to a complete stop.

Since most of the roads are two lanes, traffic can get backed up from time to time. The major routes have passing zones where an extra lane is available for getting around slower vehicles. Some are longer than others and they aren’t always at regular intervals but they do help.

For the roads that don’t have a lot of passing lanes there are long stretches of dotted white center lines so passing is still an option. Some of these passing areas seemed frighteningly dangerous to me. Later I read that it is illegal to pass unless you can see for 100 meters. Use your judgement. Slower vehicles will actually move over to help you around.

Kiwis are some of the most patient drivers I’ve encountered. Granted, two weeks isn’t really enough time to properly stereotype an entire nation of motorists, but they seem to be perfectly capable of zipping two lanes of traffic into one without the use of horns, aggression or obscene gestures. Don’t get me wrong, there are a handful of yahoos and cities are cities, but for the most part it seems to be a very polite driving culture. I hadn’t driven in a while and it took a bit to get used to it but the relaxed attitude has a way of diffusing aggressive driving.

Public picnic areas can be found at frequent intervals along all of New Zealand’s highways. No need to rely on fast food or finding a place to stop in town. Pack your lunch and enjoy a nice view. Finding a nice view can be a little difficult. Many of the picnic areas are located in valleys and are surrounded by trees, but if you are patient you will eventually come across one with an open view of New Zealand’s gorgeous landscape.

There are a couple of problems with those dedicated passing lanes. First, when several cars get backed up over time everyone tends to forget who was driving faster than whom. When you finally make it to one of the passing zones everyone puts the hammer down to get by as many people as possible and when the lane ends everyone slows back down to their normal speed. Sometimes this results in some reshuffling and you still sitting behind someone who is traveling slower than you are.

Secondly, since passing lanes tend to be on straighter and easier to drive terrain, the people who were driving too slowly in the twisty bits are finally comfortable going faster. Whether consciously or subconsciously they tend to speed up when they hit the passing zone forcing you to go even faster to get by them.

While the cost of a rental car is reasonable, the cost of putting petrol in it can be a budget buster. The cheapest gas we found was NZ$1.65 per litre (US$4.75 per gallon). In more densely populated areas and popular tourist spots, petrol was going for as much as NZ$1.98 a litre (US$5.72 per gallon). And that’s with the gains the US Dollar has made against the New Zealand Dollar in the last several months. Spending US$60 to fill up a Hyundai….you begin to understand why folks accelerate slowly. Everyone is on a fuel mileage run.

Before we got to New Zealand a friend sent me a link to an article about Kiwis getting fed up with tourist drivers behaving like idiots. The whole premise sounded ridiculous. Not the fact that Kiwis were getting pissed off, but the fact that tourists were just stopping their cars in the middle of the road to take pictures. How could anyone be that stupid? After a few days in New Zealand it began to make more sense. New Zealand is a beautiful country and you are constantly coming across scenes you want to capture with your camera. There’s just one problem: there is nowhere to safely stop your car to capture it. Sure, there are scenic lookouts here and there. Occasionally a picnic area will have a nice view but for the most part it can be difficult to safely pull your car off to take a pause. Most of the roads have very narrow shoulders if any at all and there are virtually no safe options. Couple this with the fact that the roads can almost seem abandoned there are times where you think, “I could stop here for a couple minutes and be fine.” It is a bad idea and I never stopped unless there was room. Maybe it is for the best. Instead of constantly stopping to try and capture something you probably won’t be able to capture anyway, you are forced to enjoy the experience of simply driving through the landscape.

← Czech Republic Wrap Up: Prague and Brno
Austria Wrap Up: And by Austria I Mean Vienna →

2 Responses to A Driver’s Holiday: 7 Things That Make New Zealand a Wonderful Place to Drive