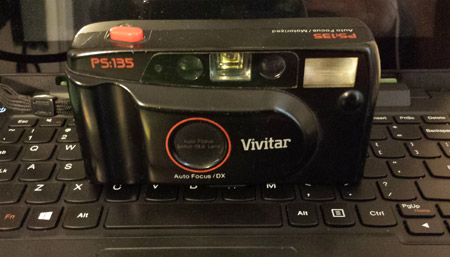 In January of 1995 I left the US for four and a half months to spend a semester of college in England. Cellphones and laptops were still luxury items and virtually non-existent. The only people I knew outside my school who had email addresses were my friends from high school who were attending other universities. I called home once a week for about 10 minutes every Sunday evening from a phone booth to talk to my parents. I wrote letters to my girlfriend using paper, ink and postage stamps. It cost you money every single time you took a picture and camcorders were for dads. Music had mass and volume.

My electronics packing list for that entire time consisted of the following:

In January 2014 I am leaving the US for hopefully a year or more. The idea of leaving without a cellphone and a laptop seems ridiculous. Almost everyone I’ve ever known in my life has an email address or a Facebook account. I have a cellphone plan that allows me to call and text anyone in the US anytime I want for as much as I want. My girlfriend is with me so I don’t have to write a damn thing. I do have to send my niece postcards so there will at least still be ink and postage. The amount of images and video you can shoot is only limited by your amount of immediate storage. I have access to every song I’ve ever liked and whole bunch more I don’t or have never heard.

Part of the adventure in 1995 was being disconnected from almost everything. The idea of being disconnected now is alluring. However what little income I have currently and any I hope to gain in the future is completely dependent on having a computer and being online. Besides, it is because of the internet and the sharing of information that made a trip like this possible. Reading about others’ experiences convinced us we could do it and the massive amount of resources made planning relatively easy.

The interesting part is that friends and relatives are behaving in much the same fashion toward our impending departure as they did almost twenty years ago even though the ability to communicate has simplified and grown at an astonishing rate. 150 years ago, if a friend or relative moved to another part of the country there was a good chance you might not ever see them again and your only means of communication was the written word.  I wonder what their good-byes were like. I have a feeling not much has changed.

How about a little “good-bye” music courtesy of Cracker’s 1994 release Kerosene Hat:

This will not be the last time David Lowery & Johnny Hickman find their way into a blog post.