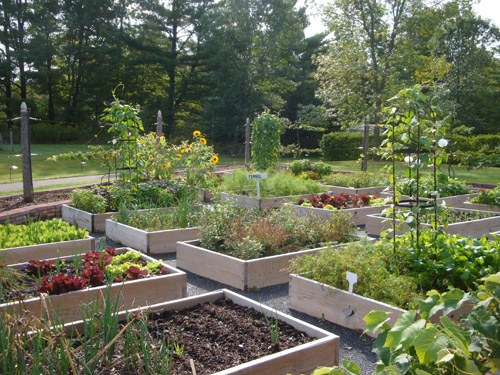 A former boss once told me that the key to dealing with people was figuring out their base motivations. What was it deep inside that drove their actions. If you could figure that out their actions and decisions would make more sense and you would be better able to understand them as a person.

This blog isn’t necessarily just about traveling the world. It’s about doing what you want to do, what you are passionate about and that can take on many forms. For the last nine years I’ve worked for the National FFA Organization (Formerly known as the Future Farmers of America). One of the intangible benefits of the job is that it has introduced me to several amazing people, both kids and adults, who are dedicated to making their communities a better place whether it is through community service and leadership; or education and mentoring. Anytime I meet someone with any connection to farming or agriculture I ask them if they were in FFA in high school and I get a wide range of answers. Friday night I heard a new one.

Julie and I were at a party and I was talking to a gentleman from a small town west of Indianapolis. He was in his late twenties at most and after he mentioned having a couple of different farm related jobs I asked him if he had been in FFA when he was in high school. “I dabbled in it a bit. I wasn’t very good in school and my ag teacher told me that I’d never amount to anything. I donate to my FFA chapter every year though and make sure to always hand my old teacher the check so I can see the look on his face.”

Just because you don’t do well in school doesn’t mean you aren’t smart and it certainly doesn’t mean you aren’t a hard worker. From what I could gather he has a full-time job running a warehouse for a trucking distribution center and his own business providing skid loader services to farmers or anyone else who needs it. To give you an idea of this guy’s work ethic he told me he now has a contract with a large poultry producer cleaning out turkey barns. When they approached him about cleaning a barn he asked them, “When do you need it done by?”

“Well, it used to take the last guy five days to do it.”

“That’s not what I asked. When do you need it done?”

“Honestly, as soon as possible.”

He then proceeded to knock out the entire job in a single stint. He started at 6am and worked 26 straight hours finishing up at 8am the next morning, went home, slept five hours and then went to work. How much more business do you think that got him?

I know what you’re thinking….what does cleaning out turkey barns have to do with motivation or  following your passions? This guy lives to give back to his community. “You know, I never thought I’d like going to plays but I had to take my daughter to one and I really liked it so I started giving money to the community theatre.”

When Little League teams approach him for a $100 donation, he asks them how much they need to outfit the whole team. “I’ll buy them all new bats and gloves if I can get my name on the back of their shirts.”

Now, let’s be clear. While the man loves to give he also knows that sponsorship is a quid pro quo. He wants to get his company’s name on something. He’s trying to expand his business. What’s his ultimate goal? He wants everyone within one hundred miles to know his company’s name and he wants to be able to provide one scholarship to a student in each county he services every year.  It isn’t a question of if he’ll be able to accomplish this, it is only a question of when.

Here’s a guy who knows exactly what he wants to do, where he wants to get to and almost everything he does is helping him reach that goal. Here’s the fun part…how much of that motivational spark that drives him comes from trying to prove an old teacher wrong? You can argue that it was a pretty nasty thing for a teacher to say to a student and I have never met the teacher so I can’t really comment, but what if he had never said anything like that and instead just said nothing? Would this guy be content with just his warehouse gig or would he still be out there killing it? Don’t get me wrong, he and his wife have three children so taking care of his family is job number one, but there’s a second level of motivation above and beyond that.

What’s the point of all of this? I don’t know. I’m still trying to work that out. I’m just always enthralled by people who display such a high level of conviction and determination because most of the time I don’t and I just want to understand where it comes from. Why do we do what we do? Have you ever really sat down and thought about it. What is really driving you to get up in the morning? Is there something you really want to do or accomplish but there’s something holding you back? Are you still trying to prove something to a parent, a teacher, an ex, or yourself?

Negative events in your life can provide motivation to do positive things. I am guilty of daydreaming about “correcting” negative things that happened to me in the past. “If I could do it all over again….” But over the last six months I’ve noticed that I don’t do that anymore because if I were to change any one of those things I might not be here ready to embark on this trip. I wouldn’t trade what I’m about to do for anything in my past that I didn’t do. You can’t change it, it is over. Most times you have to find or manufacture your own motivation, sometimes you get lucky and motivation finds you. It might not seem like such great luck at the time but that all depends on what you do with it.

2 Responses to Why Do You Do What You Do?